Atmanirbhar Gujarat Sahay Yojana-2, Loan Up To 2.5 Lakh At 4% Interest: Gandhinagar: Following the economic challenge created due to lockdown and corona, Gujarat government yesterday announced part of self-reliant Gujarat Sahay Yojana-2. Under the Rs 5,000 crore relief scheme, the government will provide loans of up to Rs 2.5 lakh to small traders as well as other middle-income earners at an interest rate of 4 per cent without any guarantee. 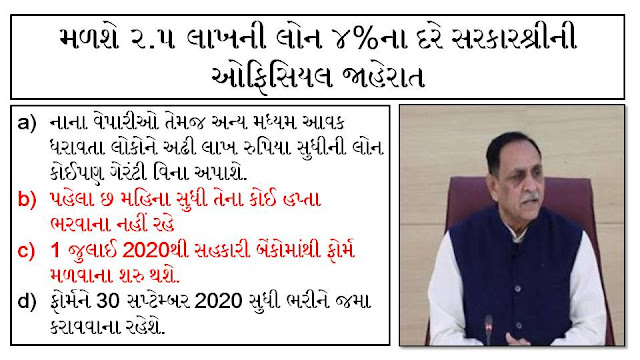 As per the announcement made by the government, the scheme forms will be available from the co-operative banks from 1st July 2020. This form can be filled and submitted by September 30, 2020. Depending on the eligibility of the applicant, he will get a loan of Rs 1 lakh to Rs 2.5 lakh at 4% interest. Under the scheme, the corporate bank will provide loans at an interest rate of 8 per cent, but the government will pay half of the interest.
No installments remain to be paid for the first six months after the loan is approved. The loan amount will have to be repaid to the bank with four per cent interest in 30 months after six months. If a person violates this condition he will not be able to avail the benefit of the scheme. 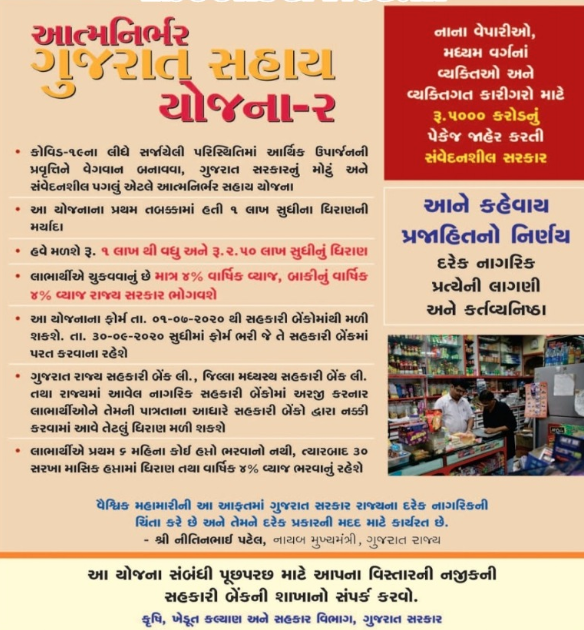