No Garba in Gujarat: Ban on Navratri, Dussehra, Durga Puja and Diwali celebrations, only Aarti and Navratri can be established: Government Guidelines 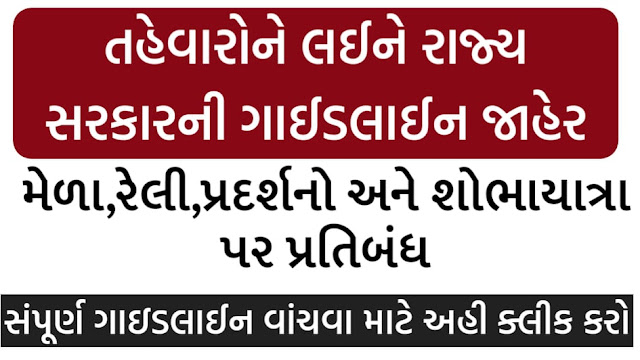 Ban on Navratri, Dussehra, Durga Puja and Diwali celebrations, only Aarti and Establishment in Navratri: Government Guidelines. For a long time now, there has been a debate in Gujarat as to whether the state government will allow Navratri to be held or not, although guidelines have been issued by the state government today, according to which no garba can be held in public in the state. 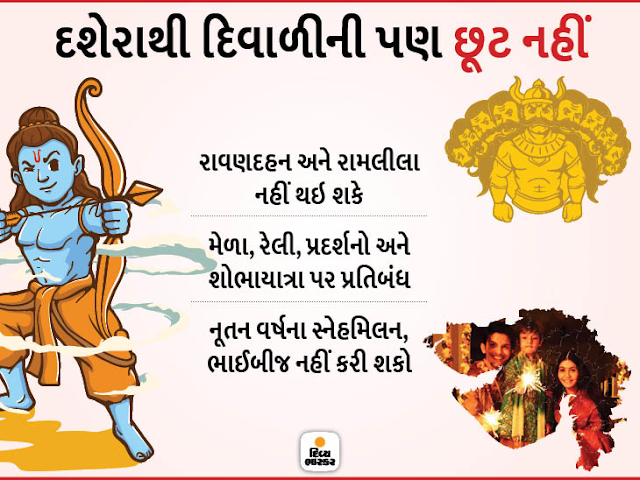 During Navratri, Garbi / Murti can be erected in public and Puja-Aarti can be done in public, but photos or idols cannot be touched. Prasad cannot be distributed. The government has issued guidelines for the celebration of Navratri festivals including Garba, Dussehra, Besata Varsh, keeping in view the state of transition of Koro, which will be implemented from October 16.
The public celebration of the upcoming festivals requires the prior approval of the local administration. Mass events like fairs, rallies, exhibitions, Ravanadahan, Ramlila, Shobhayatra where large numbers of people gather will be banned. In case of violation of these instructions, legal action will be taken against the concerned venue-manager, organizer.
Gujarat Festival Guidelines
Due to the transition of Koro, the government is unilaterally banning the planning of religious festivals like Navratri, Dussehra, Durga Puja and Diwali and guidelines are being issued for the same.
Divya Bhaskar Gujarati News Report on Gujarat Festival Guidelines
But during these festivals, by-elections are going to be held in 8 assembly seats in the state. Filling the subscription form is starting from today. Meanwhile, the Congress and the BJP will field their star campaigners.