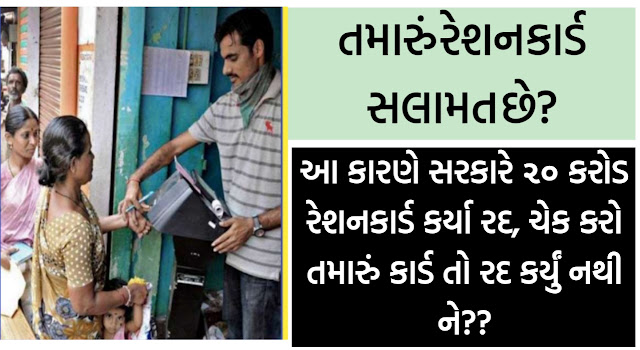 Union Minister Ramvilas Paswan has said that during the digitization of ration cards and Aadhaar seeding, 3 crore ration cards were found fake, which have been canceled.
Let us tell you that the government has decided to distribute one kg of pulses free to each ration card holder for three months till June under the Pradhan Mantri Garib Yojana (PMGAY) for the poor during the lockdown period.
Why Canceled Ration Card – A statement issued by the government said that Aadhaar and ration card linking is necessary. That is why ration cards are canceled. Apart from this, food and other goods were being taken free of cost by the government’s scheme by creating fake ration cards.
These ration cards have also been canceled.During digitization of ration cards and Aadhaar seeding, 3 crore ration cards were found to be fake, which have been canceled. I have directed the Secretary, Department of Food and Public Distribution in this regard to find out whether new cards have been issued in place of canceled ration cards. 4/6 @narendramodiA total of 80 crore people in the country have ration cards.
Full Info for this
Through this, old and new ration card holders will be able to buy ration anywhere from any ration shop in the country. Union Consumer Affairs, Food and Public Distribution Minister Ram Vilas Paswan has announced this recently. This is being called ration card portability.