The application includes a fully customisable overview page to see all the important information at a glance.Create and modify your accounts as you like. There are two account types: normal and hidden.
The hidden accounts can be very useful for tracking small businesses or hobbies.
Use the graphs of each account to check the progress of capital on a daily, weekly or monthly basis. In addition, there’s an entire section for credit cards.Both accounts that credit cards can be used in more than 90 different currencies 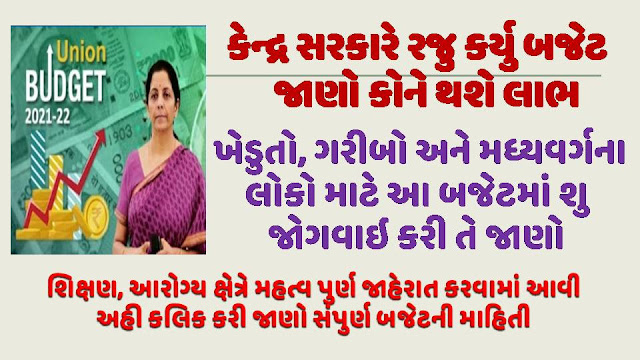 Budget LIVE: As in income tax, no slab changed ન no exemption; 1.5 lakh extra rebate on interest for home increased by 1 year, 75+ pensioners exempted from filing IT returns

Finance Minister Nirmala Sitharaman is presenting the budget. The ads so far have focused more on health and infrastructure. The finance minister has announced to spend Rs 2.27 lakh crore on road infrastructure in the four states to be elected this year, Tamil Nadu, Keran, Bengal and Assam. It focuses more on Tamil Nadu than on Bengal.
Read In Gujarati Click Here
Big budget talk
Big tax-linked ads
TDS will no longer be levied on dividend payments