According to Ashwini Kumar, the secretary to the Chief Minister, an estimated 3.25 crore of the population which is 50 per cent of the state’s population will be covered when the distribution of wheat, rice, dal, sugar and salt will begin on Wednesday for 66 lakh families who are covered under the Antodaya and Priority House-holds (PHH) 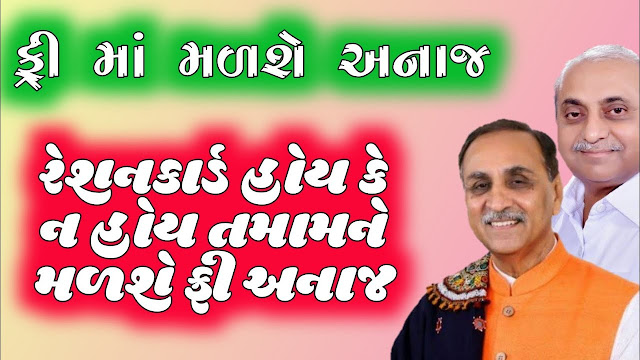 A day before fair price shops under the Public Distribution System (PDS) open to give away free foodgrains and essentials to 66 lakh families — forming half of the population of Gujarat — the state government on Tuesday said the people will be asked to come in a staggered manner to collect the essentials items.
“An estimated 3.25 crore of the population which is 50 per cent of the state’s population will be covered when the distribution of wheat, rice, dal, sugar and salt will begin on Wednesday for 66 lakh families who are covered under the Antodaya and Priority House-holds (PHH),” said Ashwini Kumar, Secretary to Chief Minister.
In each village, a committee comprising four people, including a local teacher, talati or gram sevak, police jawan and social activist, has been formed to ensure that social distancing norms are followed during distribution, officials said. In urban centres, three-member committees comprising teacher, police and social activist have been formed for this purpose.
“All the shopkeepers have the database of all ration card holders. The committee and the shopkeeper will ensure that the distribution takes place in a staggered manner by calling up only 25 persons in groups to the shop at a specific time slot,” he said, adding that the distribution will begin at 8 am and continue till 6 pm or 8 pm as per the need.
“A token system will be followed,” he said, adding the government is ensuring that there are no crowds or mismanagement during the distribution process. “Everybody will get foodgrains,” Kumar said, adding the state government had foodgrains stocks that will last for the next one and a half years.
As part of this free distribution for April 2020, the state government will provide 3.5 kilograms of wheat and 1.5 kilograms of rice per person. The shops will also provide one kilogram of sugar, dal and salt per family.
When asked if there was a shortage or black-marketing of groundnut oil in Gujarat, the IAS officer said, “Our civil supplies is monitoring the prices of groundnut oil. During the last Kharif season, good amount of groundnut has come into the market. NAFED has good stocks of groundnut and it is undertaking constant sale of its stocks as well. I have not received any information about a shortage or increase in prices.”
Tutorial Video in Gujarati: Click Here
Full Information In Gujarati: Click Here
Over 12 lakh food packets have been distributed across the state so far.
Govt allocates Rs 40 cr to make food & shelter arrangements for migrant workers
In a bid to ensure that migrant workers do not continue to leave the state, the Gujarat government has allocated Rs. 40 crore to make food and shelter arrangements for them, officials said on Tuesday. Kits containing food-grains will also be distributed to them.
“To ensure that the migrant workers coming to the state from Odisha, West Bengal, Bihar, Uttar Pradesh and Kerala earn their bread, do not return to their native places and arrangements for food and shelter are made for them here, the state government has approved Rs. 40 crore,” said Ashwini Kumar, secretary to chief minister, while addressing media persons on Tuesday.
Ahmedabad will be given Rs. 3 crore, Surat (2.5 crore), and Rs. 2 crore each to Vadodara, Rajkot and Gandhinagar. The other districts will be given one crore each.
“From April 4 onwards, under the Ann Brahm Yojana, the government will provide a food-grain kit to migrant workers coming from other states after the respective district collectors makes a list of such workers who usually do not have ration cards,” said Kumar.