Examination of all university colleges of Gujarat will be taken 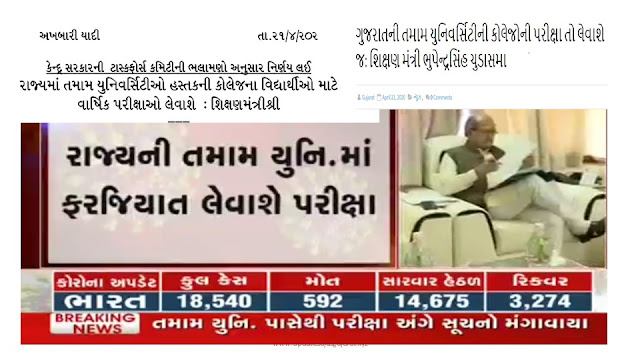 Examination of all university colleges of Gujarat will be taken, Gandhinagar : State Education Minister Bhupinder Singh Chudasama has announced that all the government and private universities will be tested. The announcement was made in a video conference held from Gandhinagar today for public awareness and a review of the state’s public and private universities to get the necessary protection from Corona regarding Korona Kovid 19. Minister of State for Education Vibhavari Dave, Higher Education Front Secretary Anju Sharma and Higher Education Commissioner Natarajan also joined the video conference. Studies and examinations in schools, colleges and educational institutions across the state were halted following the Koro epidemic in the state.
Information in Report
Akhabari Yadi
The UGC formed a taskforce :
The Education Minister further told the Chancellors about the examination that the Ministry of Human Resources of the Government of India has constituted a task force to decide the guidelines for conducting examinations of universities. As per his guidance, the examination will have to proceed. Appealed to send prompt instructions on how to conduct the annual examination for college students. The startup emphasized the need for automated research to automate sanitation at home, office and vehicles. 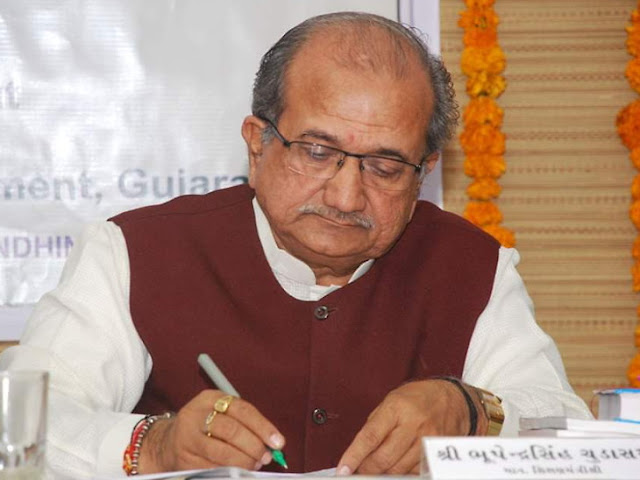 Corona’s challenge :
“This is a challenging time,” Chudasama said, referring to the situation caused by Corona. The Vice-Chancellor called upon the university to provide public awareness, training, education and guidance to tackle any kind of disaster in the future. Corona has changed the way the world deals and administers. Now the way of life and lifestyle will also have to change. The previous calamities were visual calamities, even though this calamity is invisible, the entire country and the people and administration of our state are bravely facing it.
Change in :
Calamity Opportunity Education Minister Vibhavariben Dave said, “It is time for us to turn this disaster into a disaster.” During this time, the state education department, including all of you, has done useful work for the students through technology. The result will come in the coming days.