During the ongoing lockdown in Gujarat, the Gujarat government has taken an important decision to start exporting industrial units From April 25, some concessions have been given to start industrial units from exports in urban areas, although it has been stipulated that these units should not be in the containment zone. 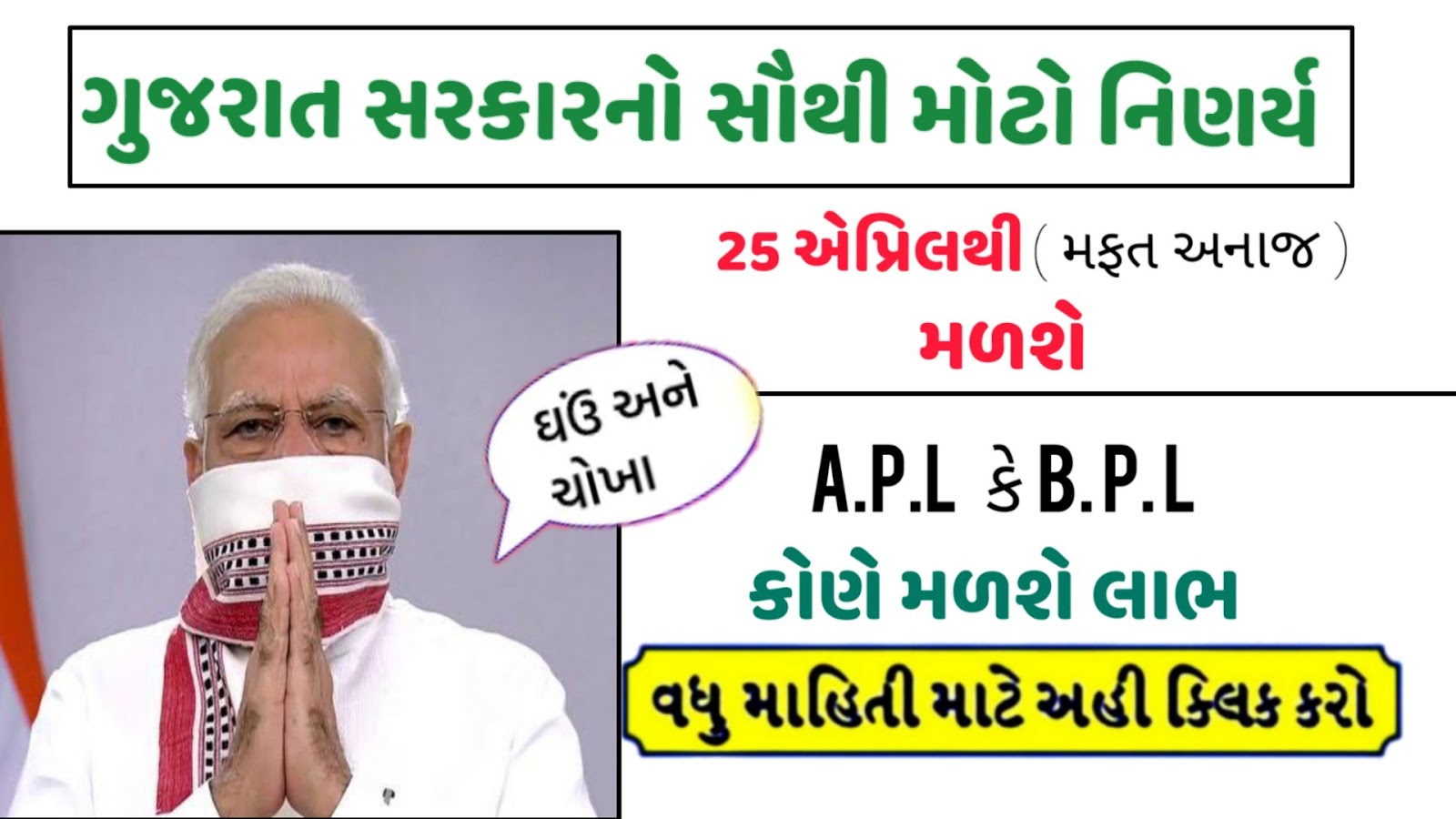 ●In addition, the state government has decided to provide 3.50 kg per person from April 25 to 66 lakh families registered under the National Food Security Act.  Decides to give wheat and 1.50 kg of rice.  However, the operation will be carried out by the supply department from April 25 to April 29
●It may be mentioned here that 66 lakhhouseholds registered under the National Food Security Act and the state government will distribute wheat and rice free of cost for five days and yet the remaining families will be provided adequate supply for one day on April 30.  However, the benefit will be available only to cardholders registered under the National Food Security Act.  Beneficiaries with three or four marks 26th April with five or six marks 27th April with seven or eight marks 28th April and nine or 0 marks  Ravatam beneficiaries have been planning to get supplies from the April 29special grain store.
● important Link
☑️ Click Hare To Gujarati
☑️click Hare To Gujarati Video
●gujrat new mafat anaj yojna fari gujrat na NFSA na dharak ne mafat anaj Malshe Gujrat sarkar fari ghav ane chokha aapshe. navi sarkari yojna 2020 Khedut yojna 2020  hal chalu yojna Jaher Karavama Aavshe