In India, a Municipal Council, municipality, Nagar Palika, Nagar Palika Parishad is an Urban Local Body that administers a city of population 100,000 or more. However, there are exceptions to that, as previously Nagar Palinkas were constituted in urban centers with populations over 20,000, so all the urban bodies which were previously classified as Nagar Palinkas even if their population was under 100,000. Under the Panchayati Raj system. It interacts directly with the state government, though it is administratively part of the district it is located in. Generally, smaller district cities and bigger towns have a Nagar Palika. 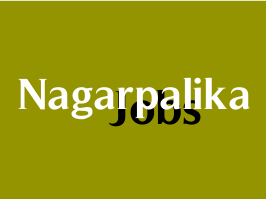 Gujarat Various Nagarpalika has published an Advertisement for the below-mentioned Posts. Eligible Candidates advised to refer to the official advertisement and apply for this post. You can find other details like age limit, educational qualification, selection process, application fee, and how to apply are given below.
Gujarat Various Nagarpalika Recruitment 2021 Job Details:
Posts: Safai Kamdar
Educational Qualification:
Selection Process:
How to Apply ?:
Places Total No. of Posts Last Date: Notification
Important: Please always Check and Confirm the above details with the official website and Advertisement / Notification.
Nagar Palika is also a form of local self-government entrusted with some duties and responsibilities, as enshrined in the Constitutional (74th Amendment) Act, 1992. Under Article 243Q, it became obligatory for every state to constitute such units.
The 74th amendment made the provisions relating to urban local governments (Nagarpalikas).
Sources of income