Provisions for the transfer of property, inheritance / reduction in agricultural land / inheritance, prior to the death of the tenant, etc.
The British Land Law on Land Management – The Land Revenue Law is still in force today and the basic law of this law is to collect land revenue and protect the occupants’ rights.
Entries in Revenue Record have a financial value and will be deemed valid unless the revenue record records / transactions are proved against the contrary 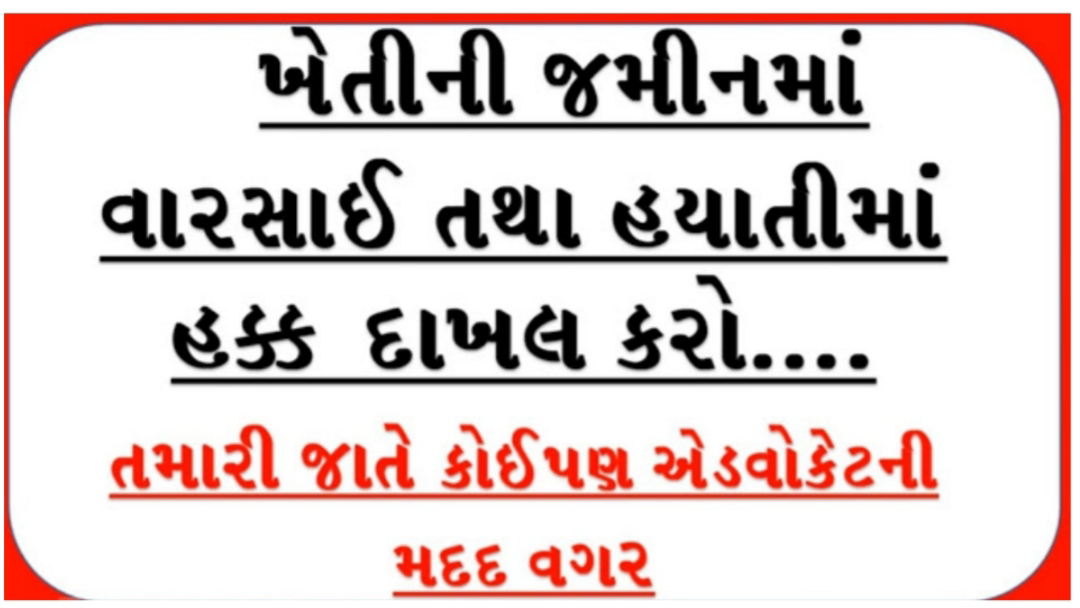 In the 5th, the record of rights of the occupiers was added to the record of rights. Are known as notes of.. In it, the name of the landholder who is responsible for paying revenue is shown in the occupier so that he is responsible for paying the revenue to the government.
According to the prevailing common practice, the name of the eldest son or elder of the family of the farmer landlord was enrolled in the property register in the 1/2 and inherited only when he died, often not inheriting for two generations and running the land in the name of the deceased, It is also possible that the eldest son is named as the owner of the family whose landlord is the owner There were cases of simultaneous inheritance of up to three generations of tribes in the Danta-like highland Nizar taluka.
That is to say, the practice of keeping the name of the original landlord still goes on in many areas until the death of the chief and the inheritance in the ancestral or self-owned property, and the inheritance is known in the village as ‘Change of name’.
Now under changing circumstances, when I was the province of Surat or collector Rajkot, there were many cases at the appellate level, which at that time included complaints about the absence of names of uncles or brothers and sisters as well as wrongful claiming of rights, even today the rising prices of land. Due to the change in the family system as well, due to the rights of the ancestral or self-owned property by law The rights of the eligible landlords or persons should not be subdued and the revenue system also needs to be properly maintained and the right guidance of the people should be given, as stated earlier it was the belief that unless the native farmer landlord or occupier dies and inherits. Until that time, nobody’s name is entered.
First of all, if the inheritance is to be taken, after the death of the landlord, all the inheritance of the straight line, including the example of death, is to prepare the generation name of the male and female, including the minor, and according to the circular dated 3-4-8 of the Revenue Department. An affidavit is to be made on the stamp of 2 and on the basis of which the legacy is registered in the center and the certiorari is not certified by the Revenue Officer.
Due to the change in existing social structure and the prevalence of a divided family, the family distribution can be distributed in the present so that after the death of the concerned tenant, the rights / portions of the land do not arise. Earlier, revenue officials had a tendency not to distribute or distribute notes until they were inherited till the death of the landlord.
But in this case there is no restriction in the case of ancestral or self-acquired hereditary farmers and such distribution article is not required to be registered, but if any legacy allowance means financial transaction, the article should be registered. The remainder of the remaining farmer landlord’s writings are recorded in the writ petition. In addition, after the death of the landlord, family distribution among the legal heritage will be Rs. Undertaking can be done on a stamp of. Similarly, if there is a division between the family heirs, within a five year timeframe and if there is land in the joint name and non-dividend ie distribution without financial transaction, the value of the land will be Rs. Undertaking on stamp paper can be done. In addition, after the inheritance of the land, legal
Should be use full document are under
Details in Gujarati : click here
Hayati Application form: Click here
All details in Gujarati in Video: click here 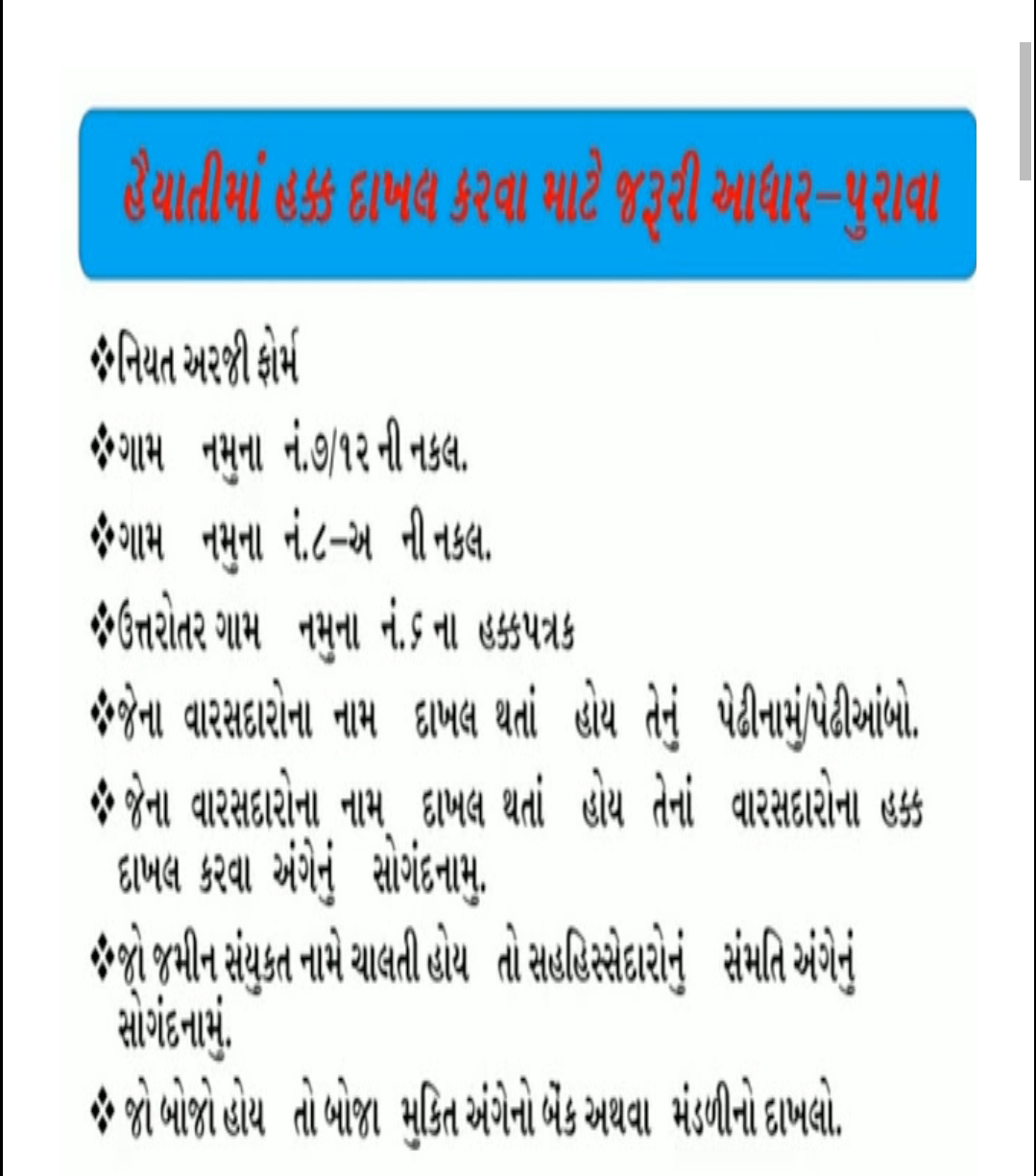