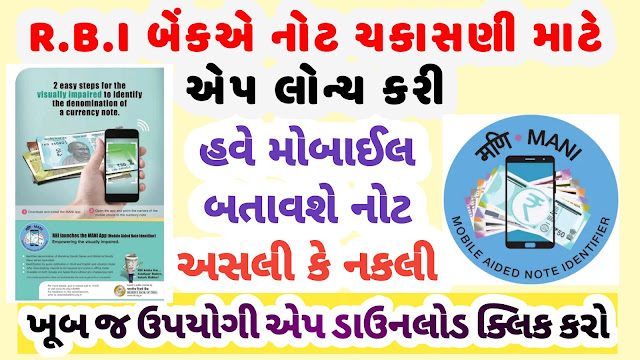 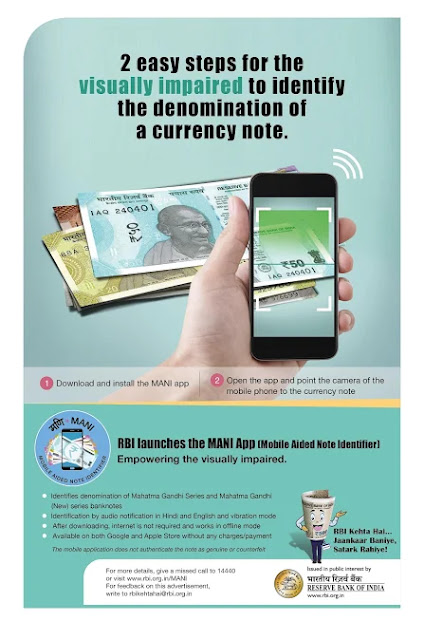 IMPORTANT LINKS
“Technological progress has opened up new opportunities for making Indian banknotes more accessible for the visually impaired, thereby facilitating their day to day transactions,” the RBI said in a statement. As per the statement, the mobile app is capable of identifying the denominations of “Mahatma Gandhi Series and Mahatma Gandhi (New) Series” banknotes by checking “front or reverse side or part of the note including half folded notes at various holding angles and a broad range of light conditions”.