“The deadline for paying electricity bills for March and April has been extended till May 15. No fixed electricity charges will be levied on businessmen and shop owners for the month of April. They will only be charged for actual electricity consumption.” Silver. 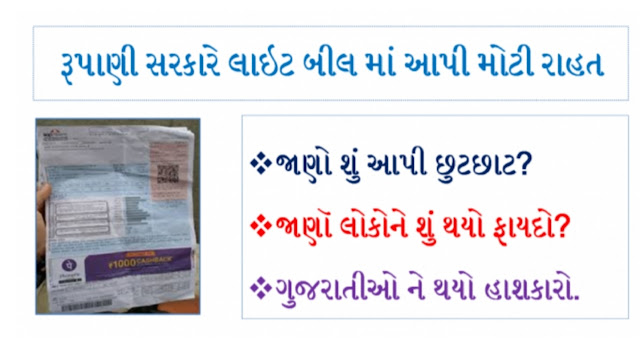 On Thursday, the state health department briefly said that there were a total of three deaths linked to Covid-19 in Gujarat and the number of people infected with the novel coronavirus in the state has increased to 43.
In a big relief to the shopkeepers and businessmen, the Gujarat government announced on Thursday that there would be no fixed charges in the electricity bills of businessmen and shopkeepers in the month of April. Chief Minister Vijay Rupani has confirmed that only his actual power consumption will be charged.
The Gujarat Chief Minister also announced that the last date for payment of electricity bills for March and April has been extended till May 15.
The announcement comes amid a 21-day nationwide lockdown in protest against the outbreak of a novel coronavirus or Covid-19 in the country.
Earlier in the day, Railways identified the new hostel building of the Mumbai-Ahmedabad High-Speed ​​Rail Project Training Institute in Gujarat as a backup quarantine center to accommodate suspected and confirmed coronavirus patients.
According to official reports, the new railway training institute in Vadodara, Gujarat has 168 rooms, 334 beds and 12 large common rooms provided as quarantine centers.
According to the health department of Gujarat, “he recently went to Delhi. He was hospitalized on March 24 and passed away this morning. His test report was positive for coronavirus. He was also suffering from heart disease, diabetes and hypertension.
Download Last date to pay electricity bill extended till May 15: Light bill Rahat babat Latest paripatra from here