Nirmala Sitharaman, the finance minister in the Modi government, addressed a press conference to bring back the economy in crisis. He said the latest figures were showing signs of improvement in the economy. He said a lot of figures like GST collection have come out better and the Reserve Bank has indicated that the economy is on the verge of positive GDP growth in the third quarter itself. 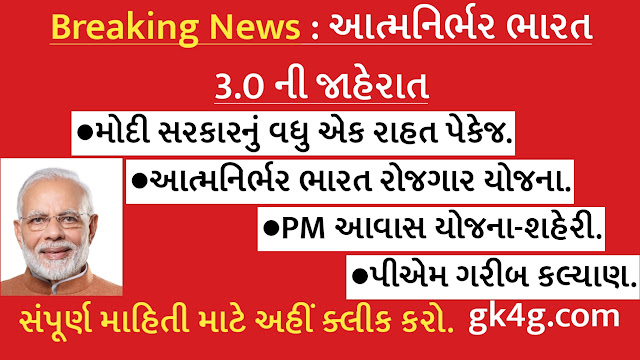 Modi government announces on more package
The economy will gain momentum
Finance Minister Nirmala Sitharaman addressed the press conference
He said 12 declarations would be made under Self-Sufficient India 3.0 He said the latest figures were showing signs of improvement in the economy. So he said freight traffic in railways has increased by 20 per cent, bank loan disbursement has increased by 5 per cent. The stock market is at a record high. FPI net investment has also been positive. Foreign exchange reserves have also reached a record 560 billion.
Steps taken under Self-Reliant India
The Finance Minister said that the measures taken under the self-reliant India have benefited the works a lot. Similarly, efforts to provide relief to farmers have yielded good results.
Self-reliant India Employment Scheme
Its goal is for as many employees as possible to join the EPFO and take advantage of the PF. Employees who were not previously registered for PF and their salary is less than Rs 15,000 will get the benefit of this scheme. Those who were not in the job from August to September, but have since joined PF, will also benefit. The scheme will be in force till June 30,2021.
The government has subsidized 24 per cent of the PF of newly recruited employees in institutions with a capacity of up to 1000 over the next two years. It will take effect on October 1, 2020. The government will subsidize 12 per cent PF contribution of new employees in an organization with more than 1000 employees for 2 years.
The time limit of ECLGS scheme has been extended
The government has extended the Rs 3 lakh crore Emergency Credit Line Guarantee Scheme (ECLGS) Scheme till March 31, 2021, adding that 61 lakh people have benefited under the ECLG Scheme under Self-Reliant India.
IMPORTANT LINKS :
NEWS REPORT : CLIKC HERE
PM Housing Scheme-Urban
For PM Urban Housing Scheme Rs. An additional provision of Rs 18,000 crore has been made. This will benefit a total of 30 lakh households. This will be in addition to the Rs 8,000 crore announced in the budget. In which more than 78 lakh employment opportunities will be created. 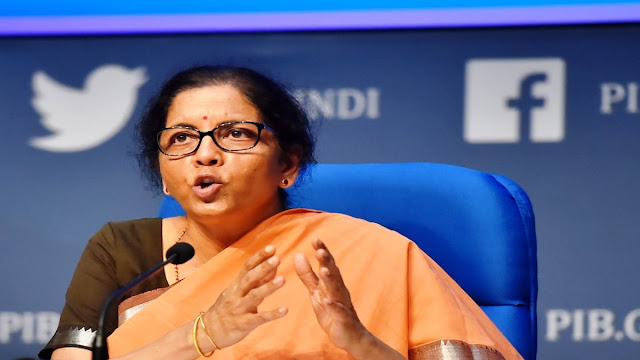 More Information
For two years, the government will give a full 24 per cent of the PF of newly recruited employees as subsidy to organizations with up to 1000 employees. This will be applicable from 1 October 2020. The government will give subsidy for 2 years for the new employee’s 12 percent PF contribution in an institution with more than 1000 employees. About 95 percent of the institutes will come in it and crores of employees will benefit
FM Nirmala Sitharaman Press Conference LIVE Updates: The government announced an additional outlay of Rs 18,000 crore for Pradhan Mantri Awas Yojana (Urban), which means this amount will be provided over and above the budget estimate which was mentioned in the Budget 2020-21.
The decision will help ground 12 lakh houses and complete 18 lakh houses, said the union minister during a press conference on November 12.
“A number of measures have been taken in the past several months for revival of the Housing and Real Estate Sector. These measures have contributed to fair recovery in this sector,” said Sitharaman.