To assist millions of animal keepers of the state, a new Mukhya Mantri Pashudan Sahay Yojana announced with Rs.200 crore provision to provide 150-kg nutritious cattle feed at 50% concessional rate for one month when their cow or buffalo give birth to a calf #GujaratBudget 2020-21 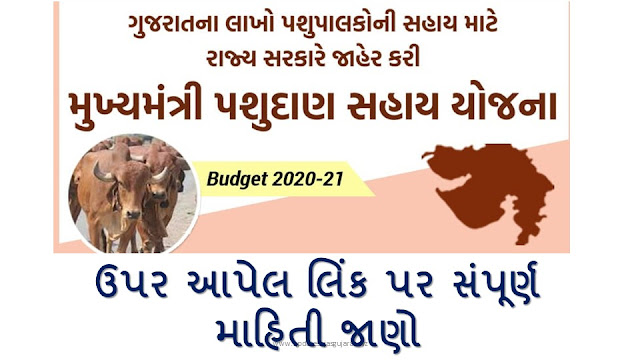 It will vary with the system followed, but whatever system may be practiced, the calf must receive the first milk which the cow gives after calving and is called colostrums. Be sure to feed the calf enough of colostrums between 2 to 2.5 liters daily for the first 3 days following its birth.
Any excess colostrums may be fed to other calves in the herd in amounts equal to the amount of whole milk normally fed. If possible where a cow is milked before calving, freeze some of the colostrums for later feeding to the calf. None of it should be wasted. The digestibility of colostrums increases when it is given at a temperature between 99oF and 102oF. The importance of colostrums can be felt more from the following virtues.
The protein of colostrums consists of a much higher proportion of globulin than doe’s normal milk. The globulins are presumed to be the source of antibodies which aid in protecting the animal from many infections liable to affect it after birth. Gamma – globulin level in blood serum of neonatal calves is only 0.97 mg/ml at birth. It increase to 16.55 mg/ml level after first colostrums feeding at 12 hr and subsequently on the second day shows a peak of 28.18 mg/ml. This level more or less persists till the reti-culoendothelial system of the calf starts functioning to produce antibodies.
Read in Official Declaration: click here
Tutorial Video: Click here
The protein content of colostrums is 3 to 5 times as that of normal milk. It is also rich in some of the materials, of which copper, iron, magnesium and manganese are important.
Colostrums contain 5-15 times the amount of Vitamin A- found in normal milk, depending upon the character of the ration given to the mother during the rest period.
Colostrums is also superior to milk in having a considerably greater amount of several other vitamins which have been found essential in the growth of dairy calves, including riboflavin, choline, thiamine and pantothenic acid.
Colostrums act as a laxative to free the digestive tract of faecal material.
Feeding whole milk
Feeding skim milk
Feeding dried skim milk, whey or buttermilk
Feeding calf starters
Feeding grain mixture

Maternity pen or calving boxes
(Source: Dr. C. Paul Princely Rajkumar, AC&RI, Madurai.)
NUTRIENT REQUIREMENT
Straw can form the roughage in the absence of grasses and in such cases concentrates should be given for maintenance. For lactating cows, 1kg of concentrate mixture (compounded feed) (0.14-0.16 kg DCP and 0.70 kg TDN) may be required for every 2.5 – 3.0 kg of milk over and above the maintenance allowance. After parturition, the cow should be given the same type of feed and the same quantity as before and the concentrate allowance should be only gradually increased to avoid digestive troubles like acidosis, indigestion, etc.
In the case of young cross-bred cows below four years of age to meet the needs for growth, it is desirable to give additional concentrate allowance at the rate of 1kg for animals in first lactation and 0.5kg in the second lactation over and above the maintenance and production needs. Milking animals should always have free access to clean fresh drinking water.