North and Central Gujarat will be provided 10 hours electricity from August 7, decision in cabinet meeting 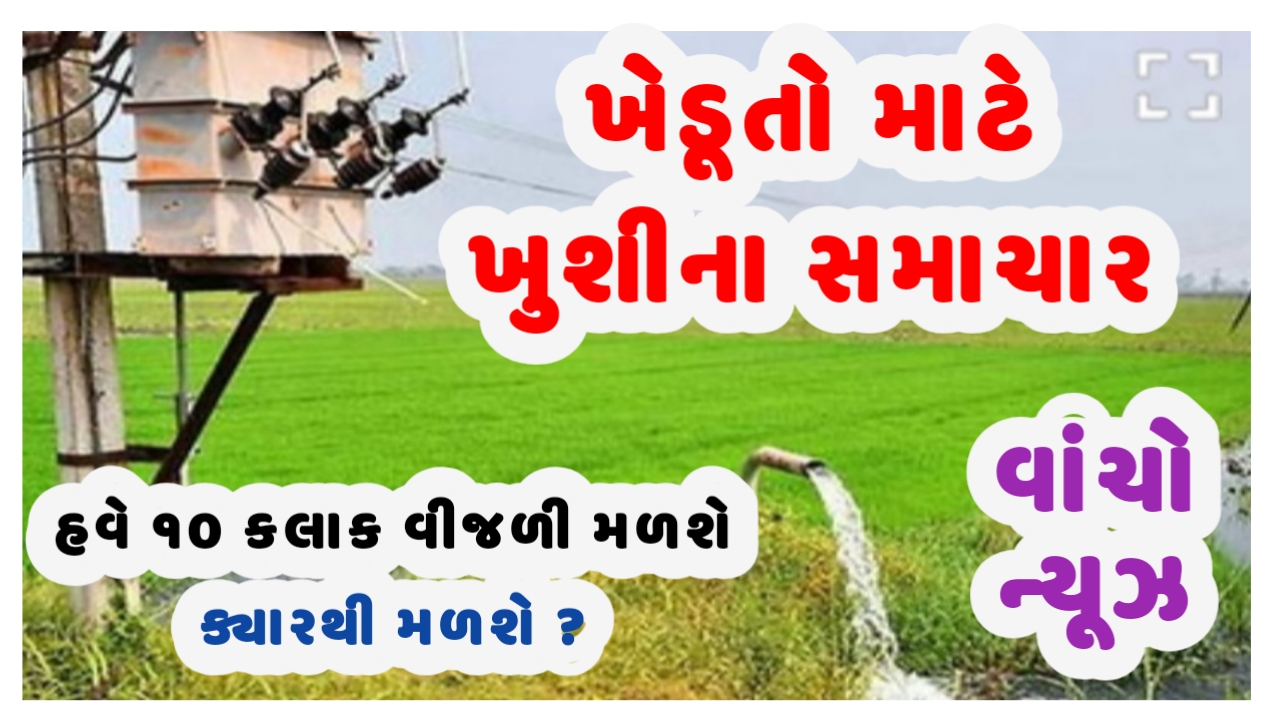 The state government had taken an important decision in the cabinet meeting held today. In which it was decided to provide 10 hours electricity from 7th August to save the standing crop of farmers of North Gujarat and Central Gujarat. In this regard, Energy Minister Saurabh Patel said that the state government, which is in the interest of the farmers, has taken various farmer-oriented decisions and stood by the farmers in difficult times, while today one more farmer-friendly decision has been taken. Farmers in North and Central Gujarat will be provided 10 hours of electricity from August 7.
The Chief Minister received representations from the farmers. The Energy Minister added that representations were received from the farmers of some areas of North and Central Gujarat which were receiving rains. The decision was taken after a detailed discussion at a meeting of the Cabinet of Ministers chaired by Chief Minister Vijay Rupani today.
We are supporting all the electricity boards of Indian states, and added all the states support, now just download our app and start paying your power vijali electricity bills instant know with train rail saarthi.
Divyabhaskar New Report ↙️
Check your electricity bill
Check your Name PM Kisan Sanman Nidhi 2020 click here
List of all Supported State Electricity Providers :
Gujarat – MGVCAssam – Assam Power Distribution Company Limited – APDCL
Gujarat – UGVCL
Download & Install Electricity Billing App and enter the complete reference number. Once you enter the number and press the submit button you will have a complete soft copy of your electricity current month check and compare if the amount written on the bill is accurate figure.