Prime Minister Narendra Modi to address nation at 6 PM today; Mr. Modi may address the nation on the precautionary measures to be taken during the celebration of festivals in Corona. 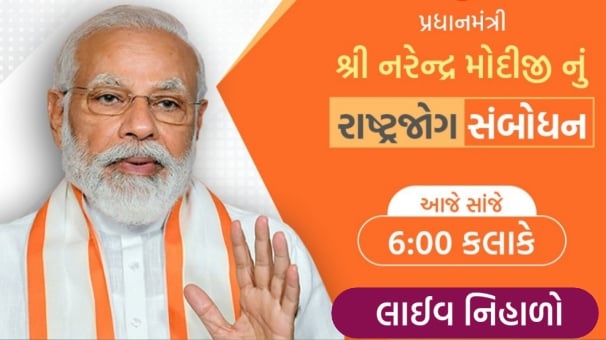 Prime Minister Narendra Modi to address nation at 6 PM today;
Prime Minister Modi will address the nation at 6 pm today. He himself has informed about this by tweeting. This will be Modi’s seventh address during the Corona. He had earlier addressed the gathering on June 30. They spoke for 17 minutes that day. 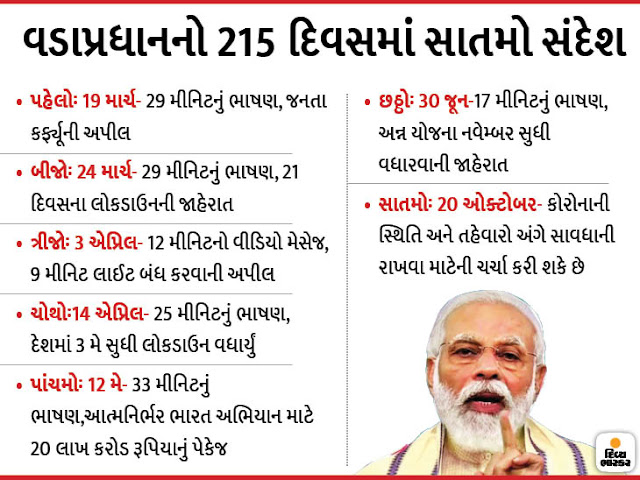 Prime Minister Modi’s speech so far during Korona
Date announcement time
The Corona virus continues to plague the country. The Prime Minister has been constantly appealing to the people to abide by the rules. Prime Minister Modi has given a mantra that as long as there is no medicine, there is no relaxation. Corona cases have been declining in the country over the last few days and the number of active cases is declining rapidly.
The country is currently in the midst of a festive season and will continue to do so in the coming days, with the government once again taking precautions.
Corona’s case has declined recently. Although markets may be crowded due to the festival, the government is constantly appealing to people to be careful as part of the precaution.
1. 8 November 201 .: Announced the closure of Rs.500 and Rs.1000 notes to control black money.
2. 15 February 2019: Prime Minister addresses the nation after 40 CRPF personnel were killed in Pulwama.
3. March 27, 2019: Modi says DRDO scientists have smashed a live satellite in Lower Earth orbit.
4. August 8, 2019: After removing Article 370 from Jammu and Kashmir, Modi addressed the nation on August 8, 2019 at 8 pm.
5. September 7, 2019: Encouraged scientists after Chandrayaan-2 lost contact before landing on the moon.
6. 9 November 2019: Supreme Court judgment on Ayodhya dispute and talks on Kartarpur corridor in Punjab.
7. March 19, 2020: The Prime Minister appealed for a public curfew to get people’s cooperation with the government’s efforts to fight coronavirus in the country.
8. March 24, 2020: Asking the countrymen for some time to fight Corona, he announced a nationwide lockdown for 21 days.
9. 3 April 2020: Appealed to light a lamp on the terrace or balcony, after turning off the lights of the house from 9 pm to 9 minutes on 5 April 2020.
10. 14 April 2020; The nationwide lockdown was extended to May 3.
11. 12 May 2020: Announces Rs 20 Lakh Crore Package for Self Reliant India Campaign.
12. 30 June 2020: Prime Minister announces extension of Garib Kalyan Anna Yojana till end of November.
Taking to Twitter, the prime minister’s office said, “Shri @narendramodi will be addressing the nation at 6 PM this evening.”