Tour of Duty – Army proposes three-year-tour of duty for citizens
The Indian Army has proposed to allow common citizens to join its ranks as officers and soldiers for a three-year short service billed as ‘Tour of Duty’. 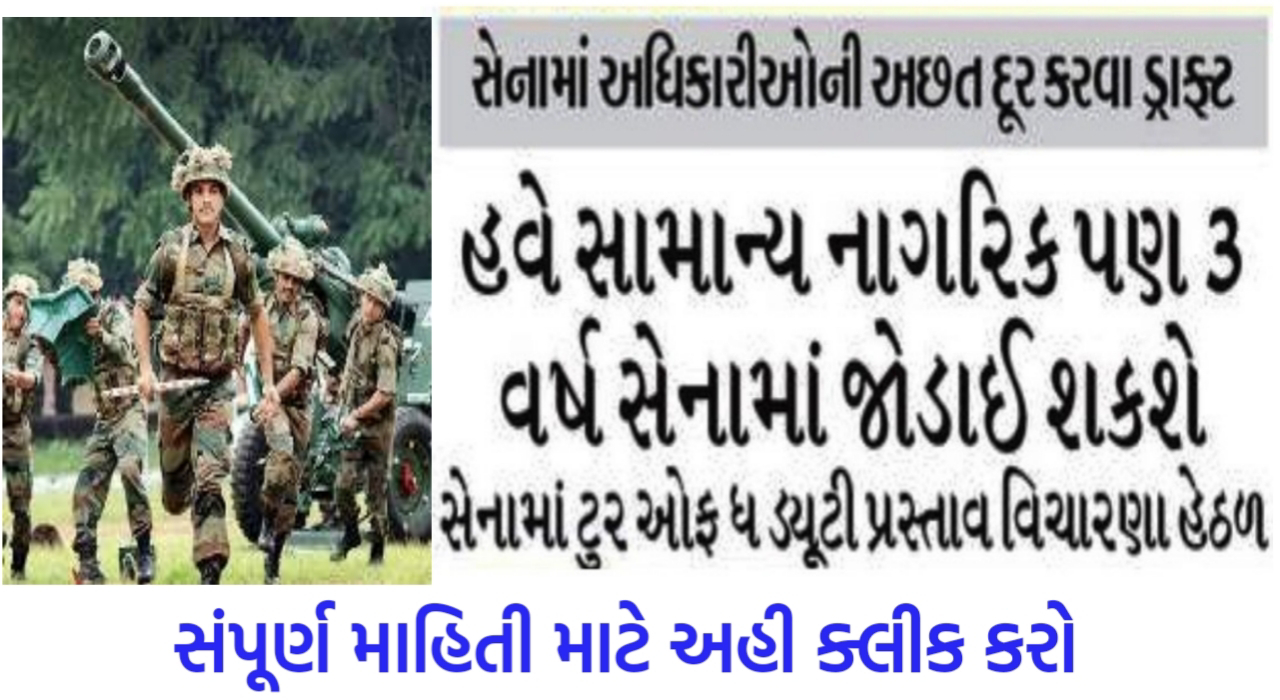 It believes that the proposal would be of immense financial benefit to the Army due to reduction in pay and gratuity payouts. If the proposal is approved, it will be voluntary in nature and there will be no dilution in the selection criteria.
India’s defence pension budget is $16 billion, nearly double the total defence spending of Pakistan, which is $10 billion,” the draft said.
“The cumulative cost of pre-commission training, pay/allowances, gratuity, severance package, leave encashment, and other costs is nearly Rs 5.12 crore on an officer if he/she is released after 10 years, and Rs 6.83 crore if released after 14 years,” it said.
A similar cost for those released after three years of Tour on Duty (ToD) would be around Rs 85 lakh.
It calculated that the financial benefit to the Army emerging out of a soldier employed on ToD for three years against a sepoy with 17 years of terms of engagement is Rs 11.5 crore.
“Thus saving for only 1000 jawans could be Rs 11,000 crore, which could then be utilized for the much-needed modernization of the Indian armed forces,” it said.
The draft, however, said that in case an officer or a soldier becomes a battle casualty, all benefits could be extended to them or their next of kin.
The “game-changing” proposal is being examined by top commanders of the Army. “If approved, initially 100 officers and 1,000 men are being considered for recruitment as part of test bedding of the project,” PTI quoted Army pokesperson Col Aman Anand as saying.
Sources said age and fitness level will be among the key criteria for recruitment for the ‘Tour of Duty (ToD) or ‘Three Years Short Service’ scheme. There is a “resurgence of nationalism and patriotism” in the country and the proposal attempts to tap the feelings of youth who do not want to join the Army as a profession but wish to experience the military life for a temporary duration, a source said.
At present, the Army recruits young people under the Short Service Commission for an initial tenure of 10 years which is extendable up to 14 years.
According to the proposal, the people to be recruited under the ToD will be eligible to be deployed as combatants in key forward locations and there will be no restrictions in their roles.
Important Link↙️
Tour of Duty – Gujarati News Report
“Initial surveys tell us that all corporates would favour an individual who has been trained by the military and comes to them at 26/27 years of age rather than as a raw college graduates at 22/23 years of age,” he said.