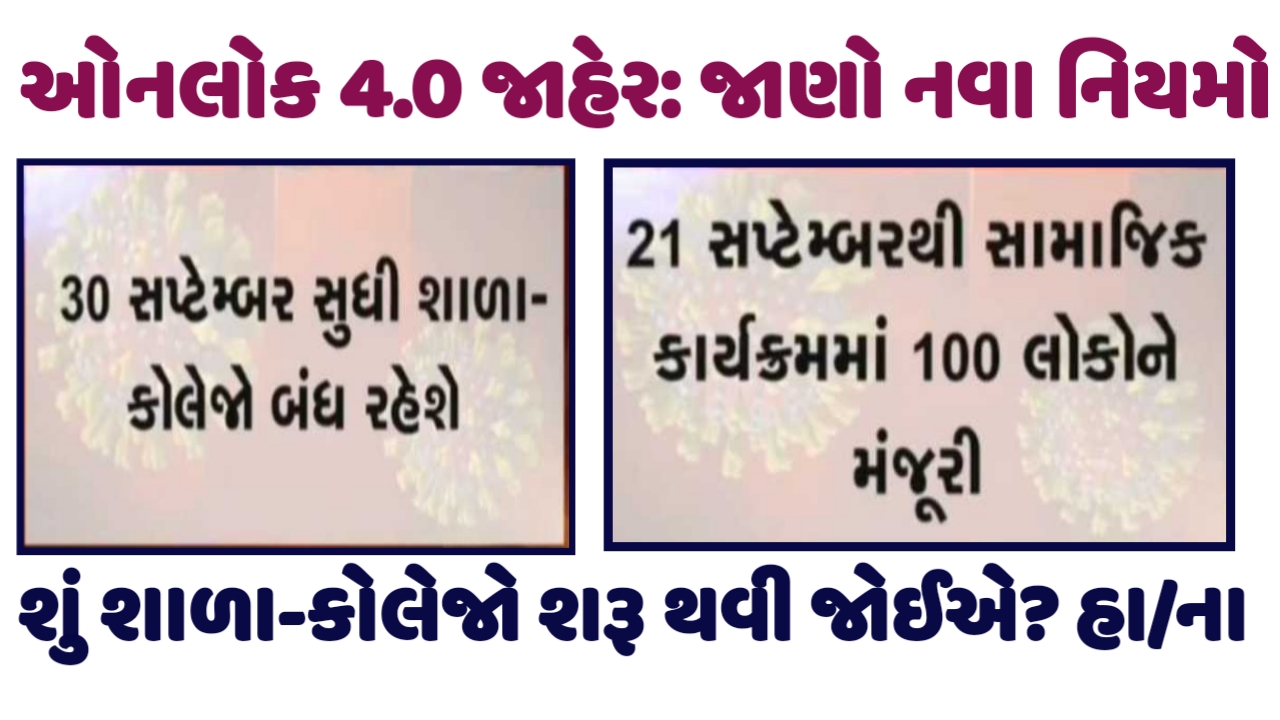 The Central Government has issued guidelines for Unlock-4. The guidelines issued by the Home Ministry have allowed the opening of the gym from . The government has also lifted the night curfew. Ban on metro, rail and cinema will continue. The government has said that Independence Day programs will be held with social distance. In addition other health protocols must be followed, such as wearing a mask.

Metro trains allowed to operate with effect from 7th September, 2020 in a graded manner; SOP to be issued by @MoHUA_India

The Home Ministry informed that after extensive discussions with the States and Union Territories, it has been decided that schools, colleges and coaching institutes will remain closed till September 31.
Unlock 4.0 Main Key Point:
Gujarati Unlock 4.0 Guideline News Report by Divya Bhaskar Gujarati
The Union Home Ministry has issued guidelines for Unlock 4 Under this, night curfew will no longer be applicable. Schools, colleges, public events will remain closed as before. Metro service can be started.